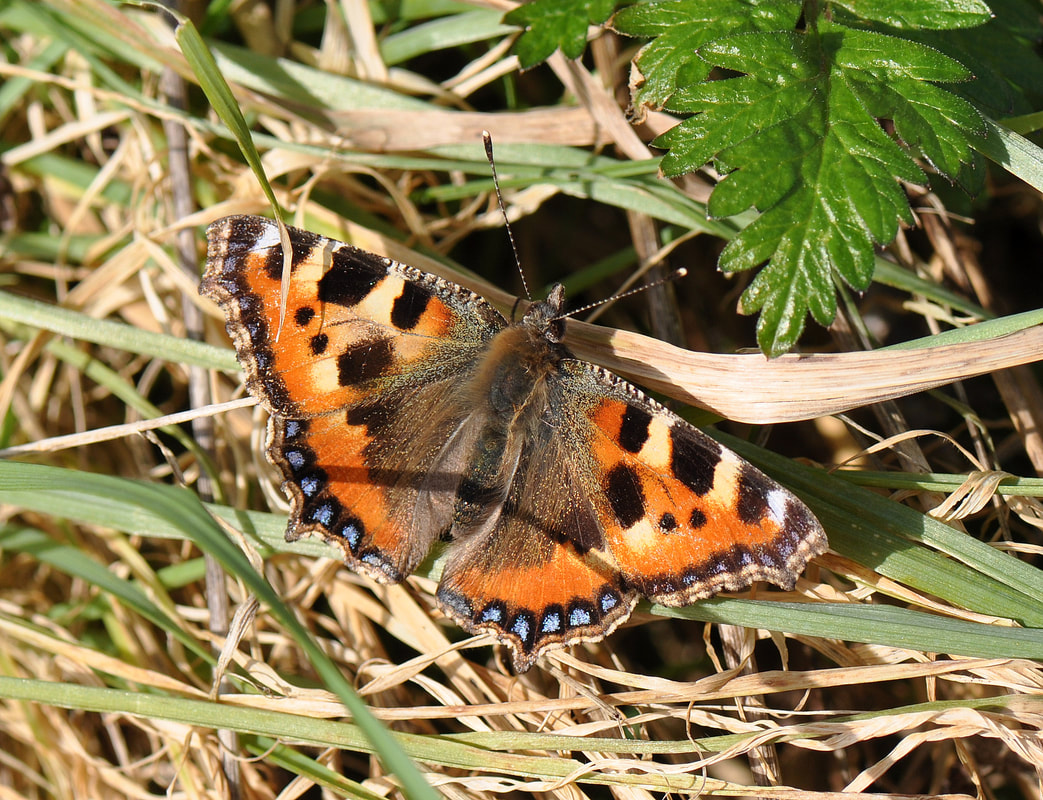 L had arranged a meet up with a friend in a nearby town and so we set off on the drive in pleasantly warm weather. It felt great to not need a coat and drive under skies of blue for a change and shortly it got even better. As we were negotiating the right turn at the lights saw my first butterfly of the year – a weakly fluttering Red Admiral on the other side of the crossroads…Having returned home we awaited the boiler bloke to arrive and once he’d been and fixed what needed to be fixed I set off to Middle Street. Normally I’d have walked over but as I’d need to head back and pick L up I took the car and treated my trip as a slight detour. What had been a peasant morning swiftly turned into a blooming nightmare. In the few hours since I’d last driven through the town They’d set up some temporary traffic lights which weren’t in sync with the permanent sets. This meant that I lost 20 minutes of my butterflying trying to actually get out of the snarled city.
​
Hence when I did arrive I was in a bit of a rush and I was also racing against the cloud. So I set off diagonally across the football pitch and down and round from the wood pile directly to the hotspot and then back along the near side of the pond where I spotted some frog spawn but the cloud covered the sun and we reverted to winter. I tramped down into Dip 1 and as I touched down at the bottom of the Dip the sun re-emerged but there was still nothing to see so and so I cut up and along the bank path. Then U was treated to the sight that every butterflier longs for after winter – a Small Tort! It was in Dip 2 what it was doing there I have no idea as the Small Torts rarely visit this Dip? It flew up and over to the other side of the bank path stopping occasionally and then the thin cloud grew thicker and engulfed the sun. The butterfly went down and crawled into a cave of dried grass and promptly disappeared entirely.

While I waited for the sun to reappear I strolled to the end of the reserve and back and got a few ‘habitat’ shots. I intended to get plenty more but I got waylaid in Dip 3 as there was the Small Tort again. Looking through the shots later I noticed different damages so I was onto a second individual. Ace!

After such a successful detour I drove on and picked little L up from her friends in Downton. As I excitedly told her about my Small Torts she took great delight in showing me her photos of a Peacock that she’d found whilst they were out long boarding. Apparently she’d spotted it, ran back into the house to grab her phone and it was still there when she came back. She lorded t over me for the next few visits until I finally saw my first Peacock!

So the season had started, not in earnest quite we were still in the fitful, shuddering phase when a few days activity could peter out and we’d endure another week without butterflies but at least there was light at the end of the tunnel and it was spring sunshine!
L bags a Peacock
And with my brace of Small Torts
And so it begins!